The Basic Rules of Webdesign!

You are here: Home > Blog > The Basic Rules Of Webdesign!

The Basic Rules of Webdesign! 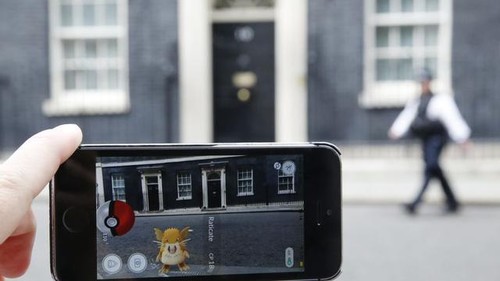 To say the moment of the most popular game of Pokemon Go. Because it is in a crazy all over the world, young people in the middle of the night without sleep carry mobile phones to streets, Melbourne, New Zealand, the United States take the lead in the fall.
Pokemon Go is simply a combination of the actual location on the game, based on mobile phone positioning will you Go to the real location to capture pets. According to the map, go to the designated position, you will find:
There’s a Pikachu depend the toilet!
The table with gold frog!
Ground squirrels from the place where do not describe drill out!
Capture the pet can be trained to develop and compete against. Game online washed up on the first day of the United States and Australia, apple’s app store the championship covers almost half of all android devices in the United States, launched three days because is too hot server collapsed, three times.
What lies behind the hot?
AR
The core concept of first, Pokemon Go is to perfect combination AR (augmented reality), and geographic location, virtual Pokemon will appear in a real life scenario, familiar with the science fiction plot of higher-order creative excite people call for.
The development of virtual reality technology, make scenarios that exist in a science fiction movie satisfied before implementation, broke the barriers and virtual reality.
Feelings
From games, film and television works, to derivatives, pokemon that IP is a household name, how many people’s childhood is they accompany, when it appeared again in people’s field of vision, as if has recalled childhood innocence and moved.
User pain points
What is the core essence of a good product at the same time? To capture the user’s spot demand! Similarly, Pokemon Go success largely from the accurate grasp of the demand for the audience.
Pokemon Go need players to collect capture scattered around the elf, in retrospect, I was a child, how much we want to be a little wisdom that Pokemon trainer! This desire, boils down to is people’s desire “collect”, “form”. After all, we are eager to “collect” and “form” to bring the feeling of accomplishment and companionship.
Social – online
This era is not only a entertainment to death, also is a “social” era to death. Is the so-called “social does not” game, Pokemon Go itself with online and offline linkage social attributes.
On the one hand, in a social network in your elf and squat on the toilet, in the life is still “the death of house in order to catch the elves mission went downstairs again, no doubt this is a very sympathetic can stimulate the topic of social interaction.
Designers, on the other hand, Pokemon Go itself also took to the streets to encourage die curtilage, to create a real social network. The location of the elves in more local players such as square, downtown region of high density, players to elf meet by chance in the same place, also can stimulate the offline social possibilities.
It is can’t help but want to go to join trainers, I regret to tell you that China has not opened.
Oh, buy the garment, and finally to the hunger marketing point.
Looking forward to China open!

Get started on your project today. Request a Quote
Back to top